Examples Of Highly Flammable Chemicals Used In The Lab

Working with flammable chemicals is just part of the normal work week  for many Laboratory Managers. Over the course of their career, lab technicians will be exposed to a wide range of flammable chemicals. If chemicals are mishandled or stored incorrectly, they can be hazardous.

And while most accidents in laboratories happen due to unintentional negligence, the chance for error can be minimised if the right measures are put in place. One preventative measure that you can be taken to ensure your safety is to keep your flammable chemicals in secure flammable storage cabinets while they are not being used.

What Are The Dangers Of Working With Flammable Chemicals?

Aside from the risk of combustion — which can lead to injury, death and destruction of property — flammable liquids also present various health hazards beyond burns. Dizziness, asphyxiation or even tremors can be caused by excessive exposure to vapours that are emitted from flammable liquids. 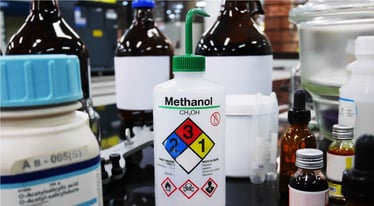 To prevent the acute and chronic health hazards associated with flammable liquids, and the risk of fatality, you must first be aware of the dangerous properties of these substances. This will then allow you to devise a strategy to reduce the risks to your team, your lab and your environment.

In this blog, we look at some examples of highly flammable chemicals that may be found in the laboratory.

Acetone or propanone is an organic compound and the simplest ketone with a chemical formula of (CH3)2CO. It is an important solvent often used as a cleaning agent in laboratories.

Acetone has other practical uses outside of the confines of the laboratory. Dermatologists use acetone with alcohol to peel off dry skin when treating acne. Because acetone has a very strong ability to dissolve glue, it is used to remove super glue residue from glass and porcelain.

This flammable substance is colorless and volatile. Acetone has an extremely low flash point of −20 °C, giving it the ability to readily ignite at room temperature. 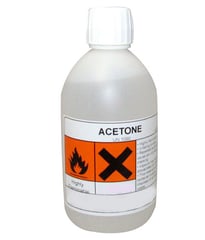 Acetone exposure can cause both acute and chronic health issues if it is inhaled, ingested or comes into contact with the eyes of the skin. Acetone poisoning, while rare, occurs when there’s more acetone in your body than your liver can break down. A laboratory accident or mishandling of acetone can quickly result in a range of serious health issues.

Chronic health effects may include: 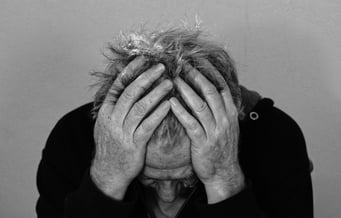 Health issues due to Acetone

Benzene is a hydrocarbon, which means that it only comprises of carbon and hydrogen atoms.

This organic chemical compound’s most common use is as an intermediate when producing other chemicals.

Benzene is a byproduct of fuel combustion and over half of the benzene produced in the world is used to make ethylbenzene. Ethylbenzene is used to make polymers and plastics. Over 20% of benzene goes into the manufacture of cumene, which is an important component in producing phenol acetone which is then used to make resins and adhesives. 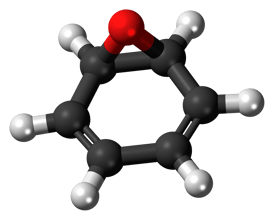 If benzene vapours are inhaled or ingested, signs of a health hazard may be apparent within minutes or several hours.

Signs of benzene exposure include:

Chronic health effects may include:

Methanol is a flammable chemical also referred to as “wood alcohol”. It got its name “wood alcohol” because most of it used to be produced from destructively distilling wood.

Today, most methanol is produced from a catalytic process involving carbon monoxide, carbon dioxide and hydrogen.

The primary use of methanol is as a base product for manufacturing chemicals. These chemicals are then used to produce a range of products including plastics, paints and explosives. Methanol can also be utilised as a fuel for some performance vehicles. Many laboratories around Australia and the world use methanol as a solvent.

Methanol is also a highly flammable chemical with a flash point between 11 and 12 °C.

The concerning health effects from methanol poisoning may not be noticed until after an asymptomatic period (1 to 72 hrs).

Cyclohexane is a colorless liquid with a distinct scent. In fact, the strong smell in household detergents comes from cyclohexane. Scanning calorimetry instruments use cyclohexane for calibration. Cyclohexane is a chemical that is commonly utilised in lab processes and it can be found in lab equipment.

It is also a very flammable liquid with a flash point of -20 °C.

As with any chemical, cyclohexane exposure can be fatal. Acute symptoms can appear quickly and include dizziness and drowsiness.

What are some of the symptoms of cyclohexane exposure?

Also known as alcohol, ethyl alcohol or drinking alcohol, ethanol is a highly flammable liquid. Most alcoholic beverages contain a percentage of ethanol.

It is a volatile and colorless substance with a distinct odor. Its flash point depends on the concentration of ethanol. An extreme example would be pure ethanol which burns at    16.60 °C.

Ethanol is often used as an antiseptic in hospitals, clinics and homes. As it can effectively kill bacteria and fungi, it is found in medical wipes and sanitisers. Other uses for ethanol include it being used as engine fuel or a fuel additive. 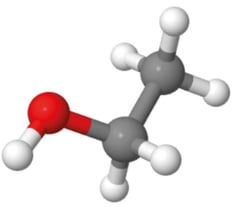 Signs Of Over-Exposure To Ethanol

While ethanol is found is everyday household products, the risk of ethanol exposure is a potential hazard for labs.

Signs of ethanol exposure can include:

Pentane is an acyclic saturated hydrocarbon that falls into the alkane group. Each pentane molecule contains five carbon atoms, and it exists as three different structural isomers. Pentane is a clear liquid with a mild gasoline-like odour. It is commonly used as a fuel or solvent. This chemical can also be found in plastics and in low-temperature thermometers.

As pentane is relatively inexpensive and evaporate quickly, pentanes are used as solvents. Pentanes can also be used to carry out a process called “liquid chromatography” — which is a laboratory technique for separating mixtures.

Pentane is a very flammable chemical with a flash point of -49 °C.

Pentane is a hazardous substance that can cause adverse health effects. Exposure to pentane can occur if it is inhaled, ingested or comes into contact with the eyes or body.

Symptoms of pentane exposure may include:

How To Reduce Risks Involved With Flammable Chemicals

Safety in Laboratories (AS 2243) is a standard that details the specifications and guidelines for operational safety in laboratories. Section 3 of Part 10 of this standard states that chemical storage cabinets for dangerous goods are designed to protect the contents against damage, provide segregation between incompatible substances, and to contain spills. The storage cabinet should also be engineered to allow at least 10 minutes for escape of persons — or use of firefighting equipment.

Exposure to these vapours can cause a range of acute and chronic symptoms —— including death. To reduce the risk of exposure, proper ventilation of chemical storage cabinets is required. If you’d like to learn more about the benefits of ventilated dangerous goods storage cabinets, why not download our free eBook by clicking on the image below? 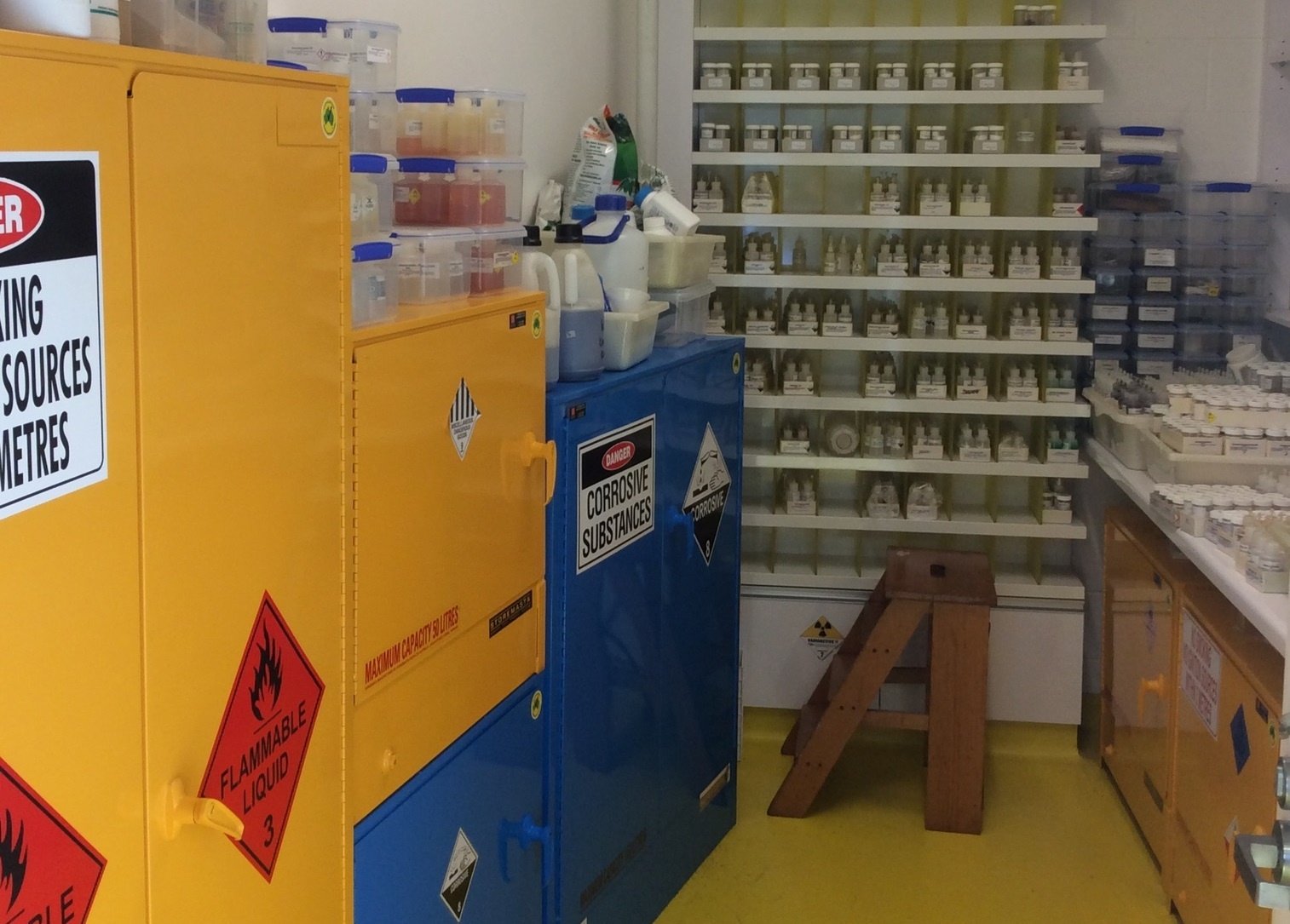 How To Store Flammable Liquids In A Safe and Compliant Manner

As volatile chemicals which can easily ignite in the presence of an ignition source, flammable liquids in the ... 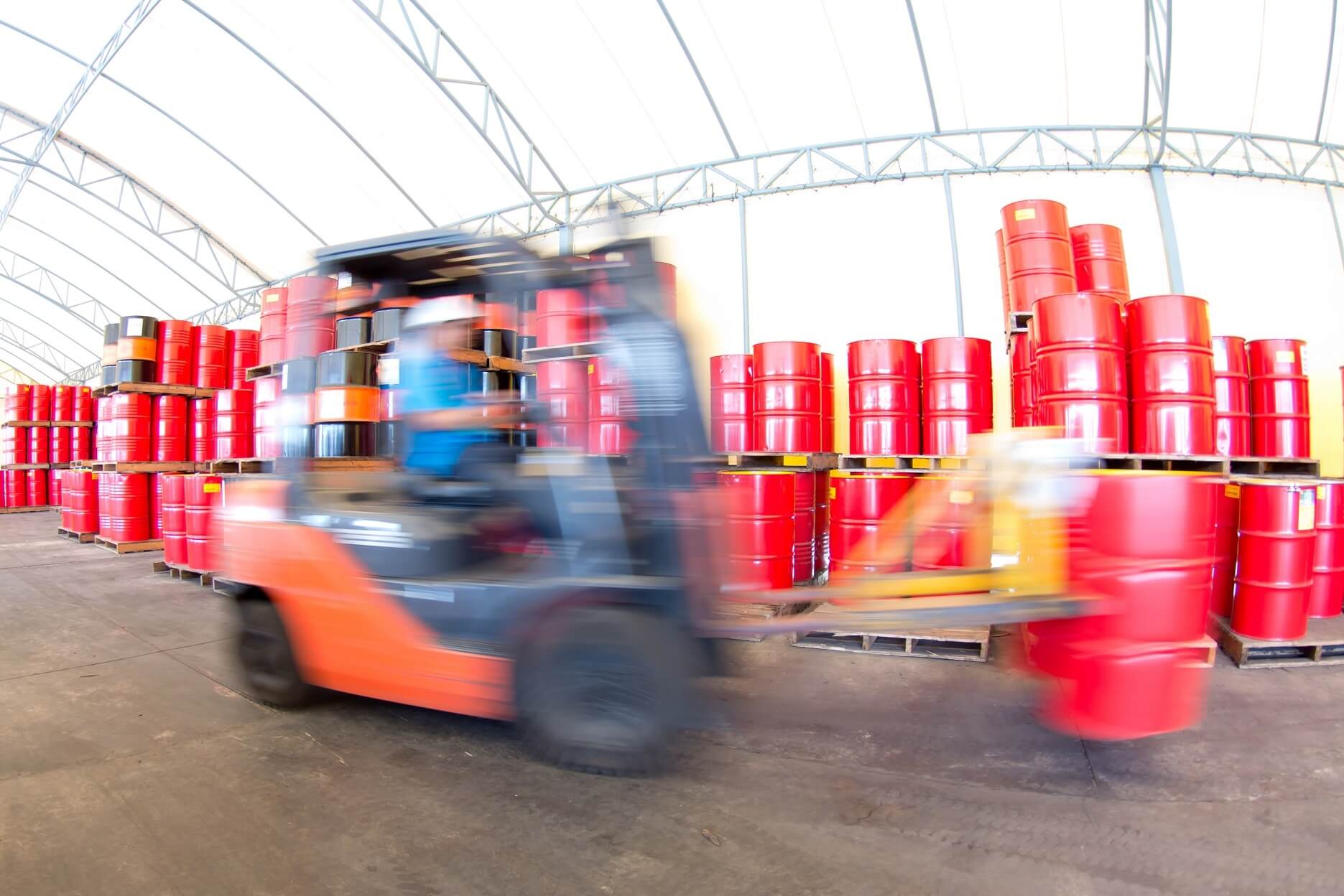 How To Handle Flammable Liquids In The Workplace

If your business handles and dispenses Class 3 Dangerous Goods, your staff must be fully aware of all the hazards ... 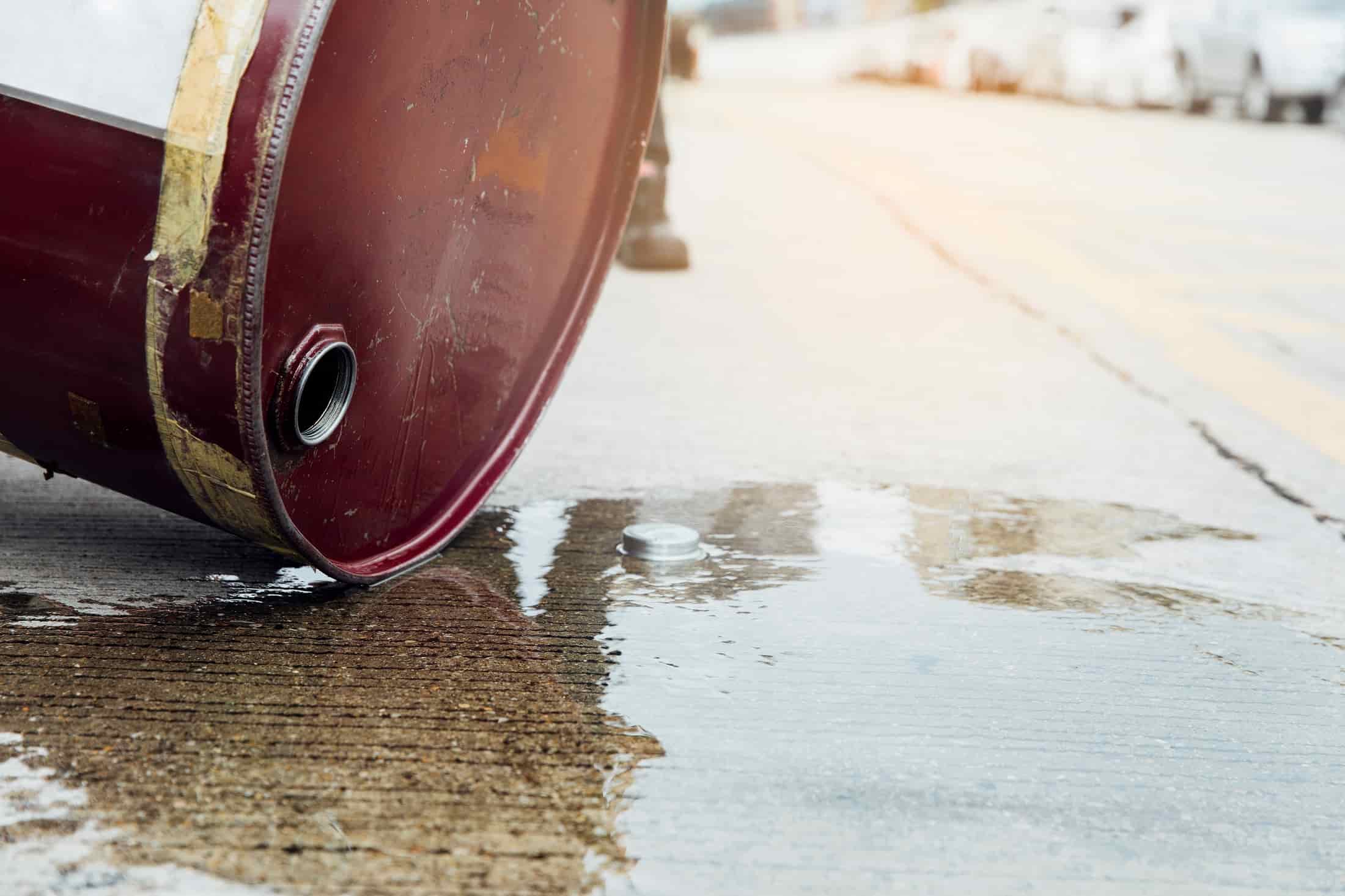 Responding To A Flammable Liquids Spill

When you’re dealing with flammable liquids in the workplace, one of the key considerations is spill containment and ...

As a convenient way of storing and dispensing hazardous substances, aerosol cans are found in just about every ...